I always thought that hitchhikers were complete nutjobs. I mean, you are climbing into a stranger’s vehicle, hoping that they don’t kill you but also wondering if they could take you to a destination of your choice! And, also, knowing me and my terrible sense of direction I’d probably end up hitch hiking into the complete opposite direction or better yet, end up hitchhiking straight into a ditch. I wouldn’t put it past me. After all, I did manage to navigate my poor mum up at tree at Gunung Nuang.

So I arrived in Kota Kinabalu and discovered a way to climb the mountain without a tour for pretty cheap (see article on this ). Delighted at my new found budgeting skills I called my little brother up and convinced him to ditch his classes for the week (exact words: get yo’ friends to record the classes broooo, bribe them with food! ) . I suggested he put his class skiving time to good use and hop on the plane to join me climb the magnificent Mount Kinabalu! (I may have checked to see if mum was out of earshot before I suggested this, brave as I try to be sometimes, my mum is like a ‘chilli padi’’, or Birds eye chilli. She’s tiny but fiery and I didn’t fancy getting in the way of her ‘spicy’ tirade if my brother failed college! O_O)

Anyway, my brother turned up and I informed him we needed to be up early to catch the bus from KK town center to Kinabalu Park . At this point, he scratched his head and eyed me a bit cautiously.

‘’So I was thinking…. since we are trying to do it on a budget.. why don’t we hitch hike instead? ‘’ he replied . he scratched his head again and eyed me, waiting for my reaction.

I blinked a couple of times. The first thought that came to my mind was ‘Nope! Getting kidnapped and killed wasn’t on my agenda for this trip, no thank you, not today!’’ But then it occurred to me that if I was ever going to try something new, become a nutjob and hitchhike in my life, now would be the perfect opportunity as 1) my brother is 6ft tall and is trained to fight Thai boxing 2) we can speak Malay , a language widely used in Borneo. I reasoned with myself that I could give them 10 reasons not to kidnap me in Malay if it came to it.

So I threw on my trainers and packed my red neck pillow with great gusto (car naps are the best type of naps) and made the decision to go for it!

The first step, according to my brother, was to plan the route, break it up into chunks and look for a straight road where people could pick us up. It’s much easier to give someone a ride who wants to go the same direction as you i.e. straight, instead of some small road where the chances are, you want to go right and the driver wants to go left.

We arrived at the straight road and I turned around to see my brother with a big cheesy smile , his thumb out grinning at every car that passed . The rational for this was ‘ when you smile at people , it makes them smile, puts them in a good mood and they will be more likely to give you a lift.’

Right. I decided to do a bit of practice with the camera first being a novice and all.  I was just summoning up the courage to give a smile so big my nostrils flared out and my grandma in the uk could see my teeth ,when a car came screeching to a halt and pulled in nearly running me over.

‘Where to?’ we told him and he said he wasn’t going that far but we reassured him it was completely fine and that we just wanted a lift a far as they could take us down the straight road.

Once we got in the car, we started chatting and the conversation flowed really well until he abruptly stopped and said; sorry I didn’t introduce you to my wife. My second wife’’

My brother and I looked at each other furtively wondering if we had walked into a potential full blown domestic row. But she smiled sweetly and said ‘’ yes, nice to meet you . the first wife is at home and we are going for a drive.’’ The husband nodded earnestly ‘I haven’t got kids with this wife yet, but God willing we will soon’’ And just like that ,  they made polygamy seem like the most normal thing in the world ! O_O

The man decided he liked us ( I have no idea why, maybe he wanted my magnificent red neck pillow) and dropped us much further past his initial intended location.

They bid us a cheerful goodbye and we were on the dusty road with bright sunshine.

Right, this was my moment of glory, time to be a hitch hiking fiend! I flashed my pearly whites (or yellows ) and stuck my thumb out . and  …. Nothing. Car after car after truck. I thought one truck slowed down and my heart jumped but it turns out they slowed down to honk and wave at me! Grrrr!

I started to get really hot and sweaty and was starting to really question my hitch hiking prowess and whether my hitch hiking career was well and truly over.  My brother announces ‘right, time to get serious’’ and starts folding his trousers up to flash some leg! (he tells me this was done to cheer me up, but I think he secretly enjoyed flashing his legs to the world! ?) We got a fair few honks and then suddenly, a HUGE truck slows down.  He agreed to give us a lift but initially he was really unfriendly. Turns out he thought we were going to rob him as he couldn’t work out why we looked foreign but we spoke Malay! We set off at a grand pace of 20km per hour (we discovered he had 40 tons of cement on the back of his truck O_O ) . Up and down the mountain we chugged and learnt to really like our driver ! He found us really amusing and he asked if he could take pictures of us and record us chattering away in English .

The lull of the cement truck engine made me sleepy so I took my trusted neck pillow and had the most magnificent nap known to cement truck hitchhikers. I woke up  to my mouth in a big O sign and Mr truck driver signaled he couldn’t stop right in front of Kinabalu mountain but could drop us 500 metres from it. Perfect !

When he dropped us off, he looked sad, a bit wistful, and he told us to take care and thanked us for joining him . I wondered if we were supposed to exchange contact details , spending 6 hours in a car with someone has a funny way of turning  a stranger in to a friend. But the moment passed and off we went into the mountain darkness waving our new friend farewell forever. ?

5 thoughts on “Hitchhiking in Borneo” 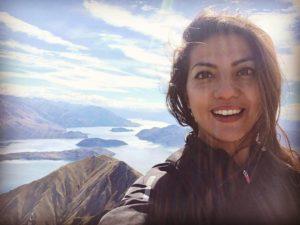 Hi there. My name is Aisha Preece. Founder and owner of OutandBeyond.

Being able to earn and save from any location in the world transformed my life.

I now LOVE MONDAYS. I want to help you do the same.

Join me as I discover ways to make money, save money, and explore different location-independent lifestyles.

Search for something specific 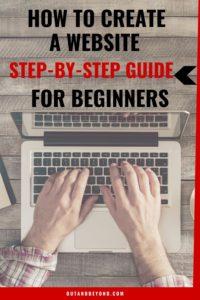